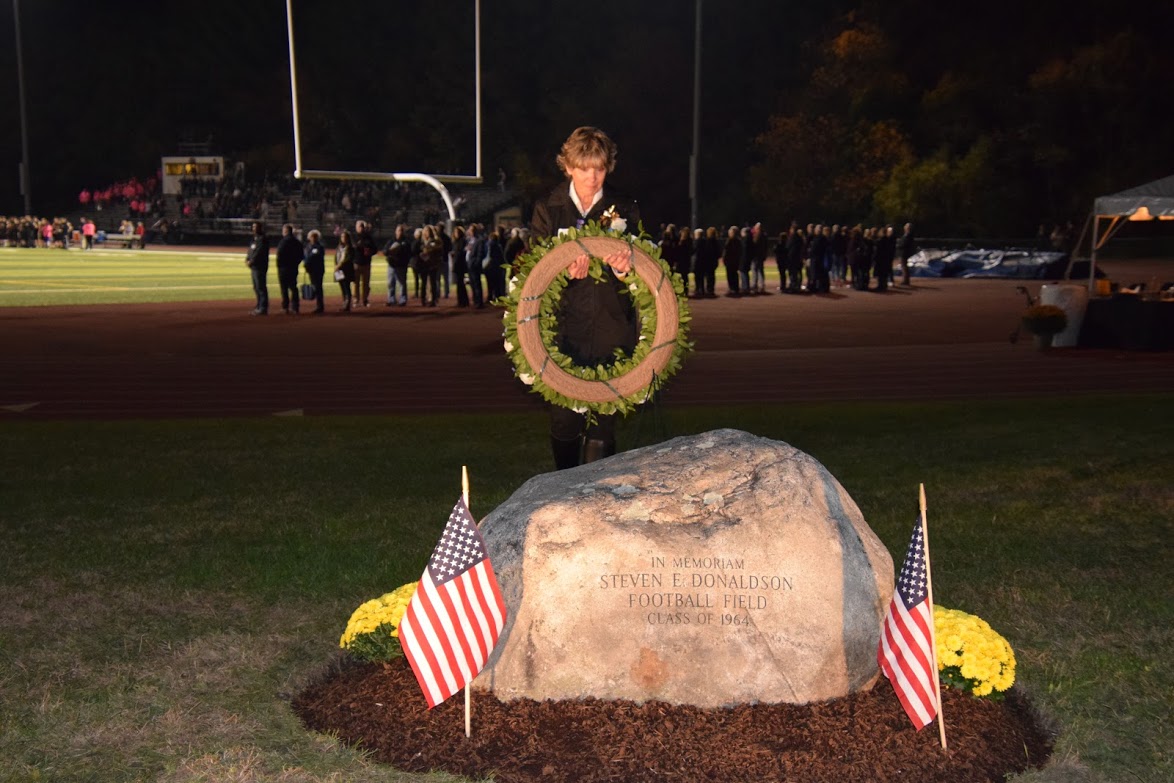 Donaldson Stadium was rededicated in commemoration of the 50th anniversary of Class of 1964 Lt. Steven Donaldson, USMCR making the ultimate sacrifice for his country, The ceremony was held in the stadium on a clear and crisp autumn night and featured speakers and participants including Mr. Thomas E. Nunan, Jr., President, Mr. Alex Kulevich, Bishop Fenwick’s first Athletic Director, other former Fenwick Football staff, family members, teammates and schoolmates of Steven Donaldson. An official City of Peabody Proclamation was read by Tom Williams '64. The ceremonial coin toss included several of Steven's teammates, former and current members of the coaching staff, nephew and fellow Crusader Dan White '08 and other fellow Crusaders. The Essex County Detachment of the Marine Corps League presented a 21 salute volley . Steven's sister, Mrs. Cathy Donaldson '75 White P'04, '08 placed a ceremonial wreath on the commemorative stone located at the entrance of the stadium during the solemn performance of Taps by two members of the Bishop Fenwick Band. The official ceremony ended with the Fenwick Band performing the National Anthem before the Crusaders took the field to begin the final regular season game.

Steven was a member of the Class of 1964, the second graduating class of Fenwick. A talented student, celebrated athlete, football team co-captain and outstanding individual. Donaldson's dedication and service to Bishop Fenwick in the early 60's taught him the lessons of sacrifice and service to others. After graduating from Fenwick, Steven received a degree from Boston College and immediately went to serve his country as a Lieutenant in the Marine Corps. A decorated war hero, Donaldson made the ultimate sacrifice on April 5, 1969 during the Vietnam War while leading his platoon into combat.

The stadium at Bishop Fenwick was originally dedicated in the fall of 1969. The dedication efforts were led by classmates and Coach Ralph LeDuc. In 1989 a scholarship was established by his family and classmates. Annually, Bishop Fenwick offers the Steven E. Donaldson scholarship to a freshman student who demonstrates the potential and promise to serve their peers and community. In addition, the Donaldson Award is given to a graduating senior who is a member of a sports team and demonstrates spirit, determination and example, in addition to athletic prowess.

This re-dedication is an outward expression of heartfelt gratitude to Steven. We are honored to host this event with the Donaldson family, Steven's teammates and classmates, the extended Fenwick Family and The Peabody community. 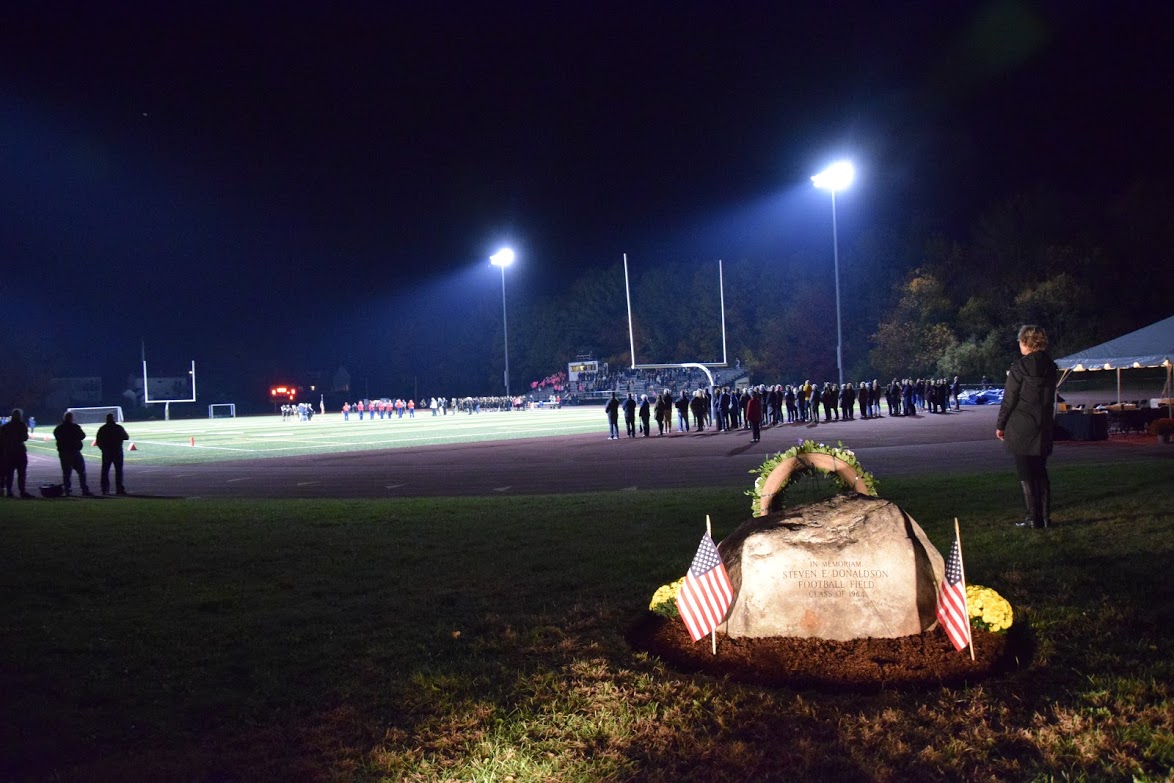 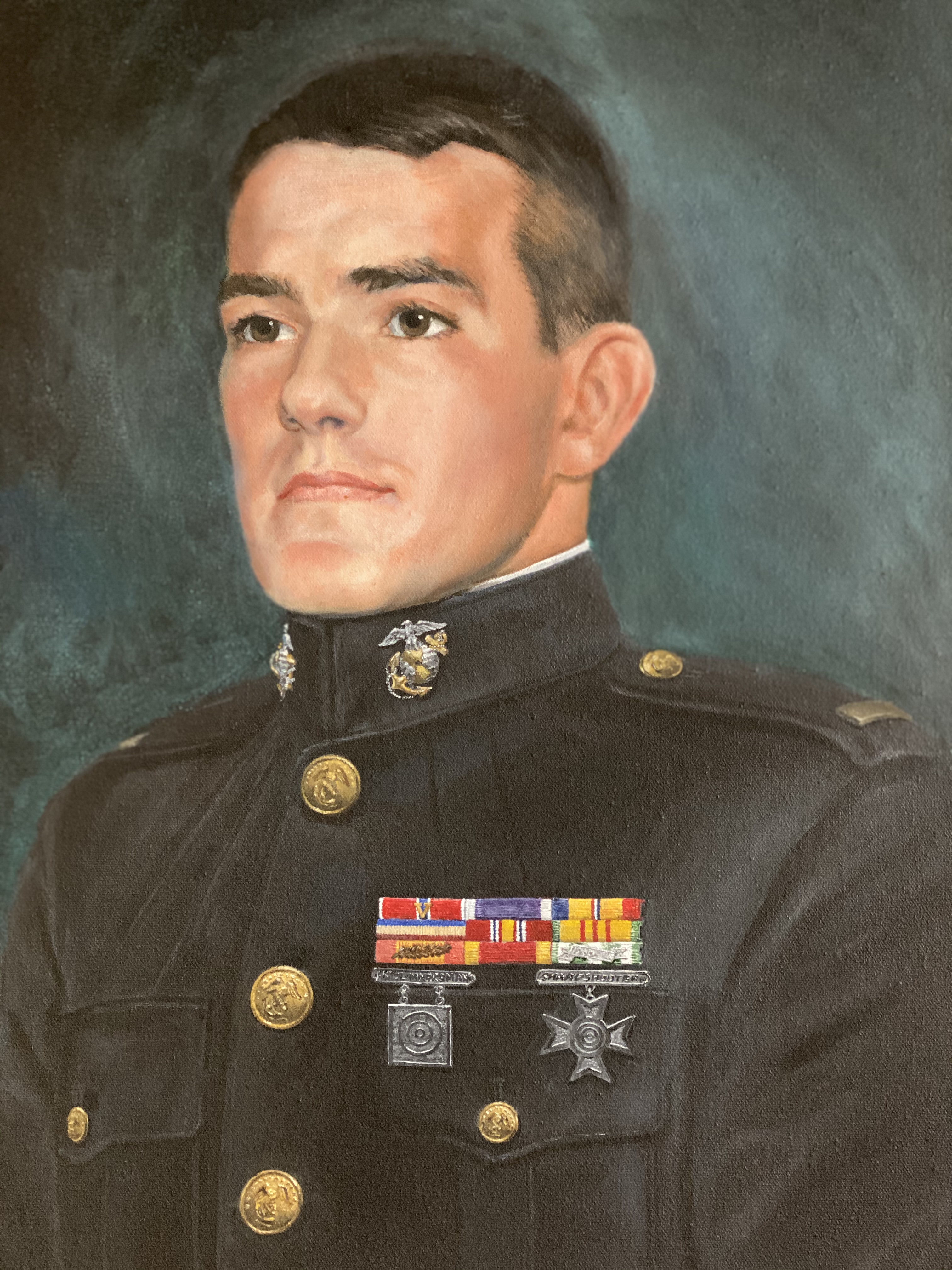 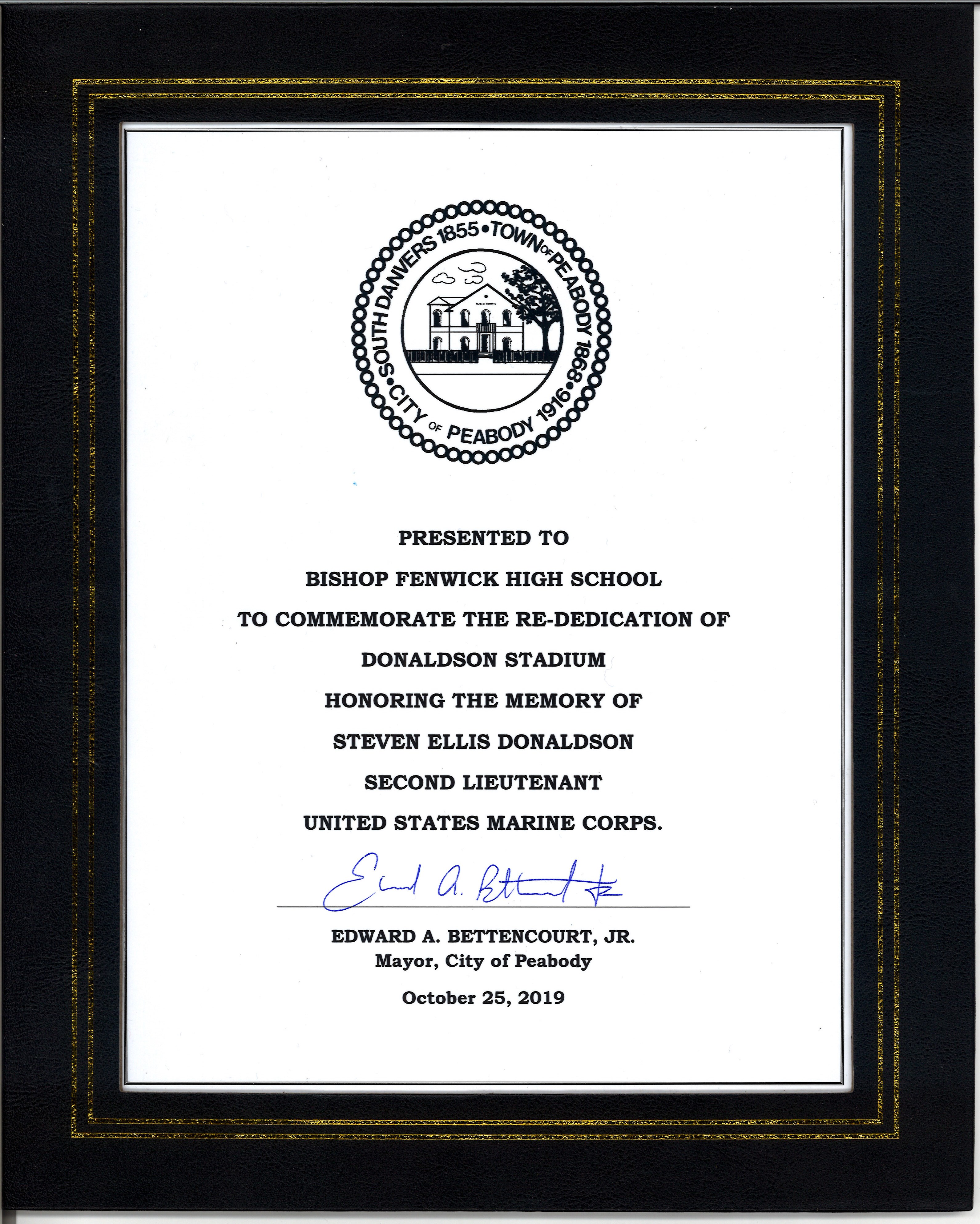